The Lost Cities – Cutucu Project lies along geological trend of the Cordillera del Condor that contains 26 million ounces of gold, principally in the Fruta del Norte deposit, and 30 billion pounds of copper in belt of porphyries.  Fruta del Norte was brought into production in November 2019, and the other large scale mine, Ecuador’s first open-pit copper mine, Mirador, was brought into production in mid-2019.  Both are in the mineral-rich Cordillera del Condor.

Aurania believes that this mineral belt extends over the border into northern Peru.  The Company acted on this concept and applied for a large mineral concession package in northern Peru.  Aurania’s original project was in Switzerland, but this project is being wound down. 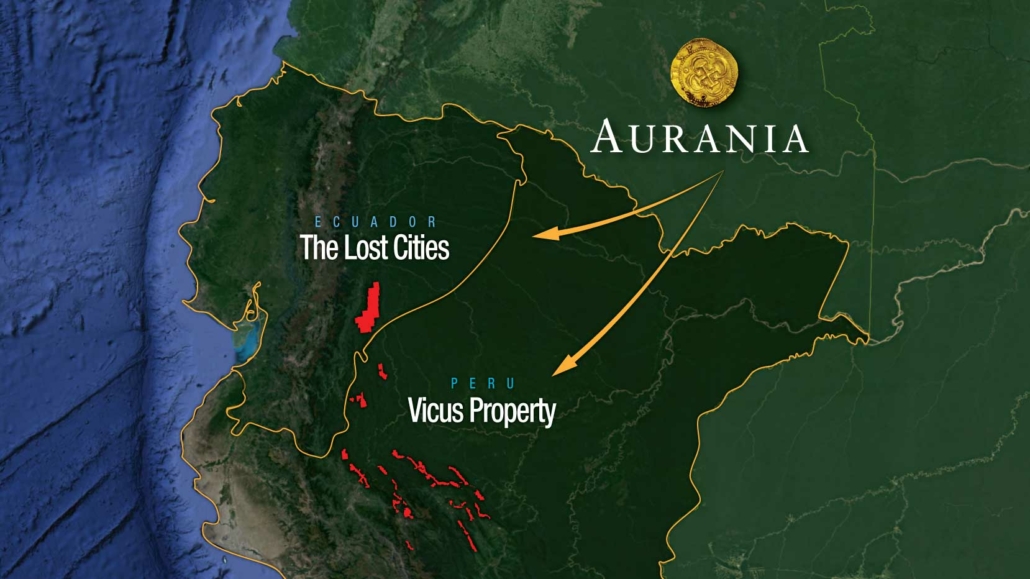 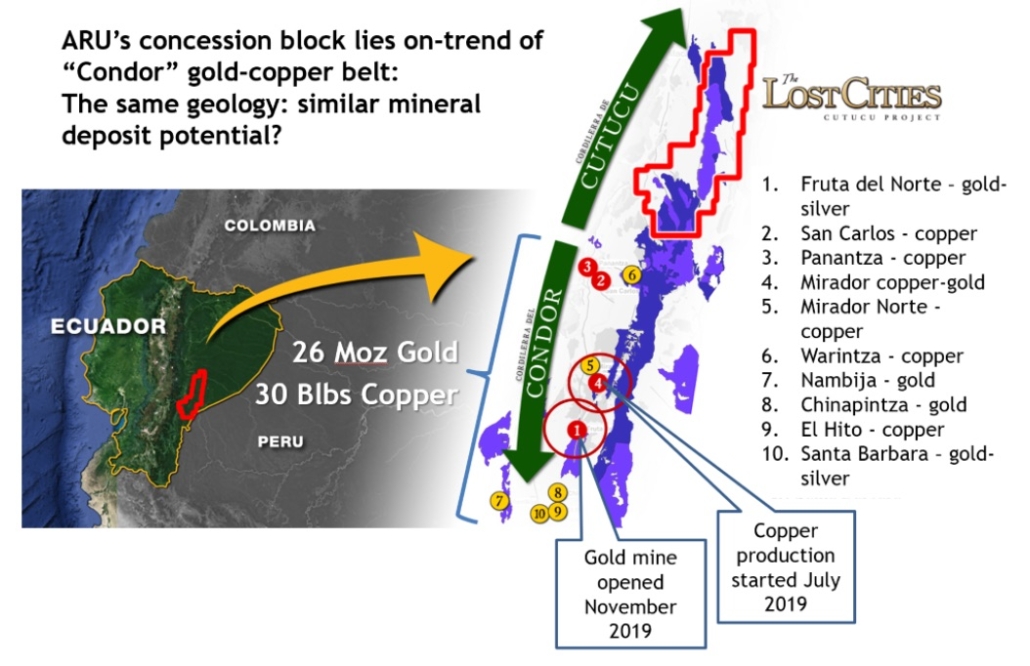