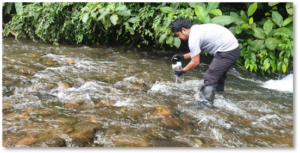 The region in which Aurania’s project lies in south-eastern Ecuador, on the flank of the Amazon Basin – an area that receives 2.5 metres (approximately 100 inches) of rainfall per year – has an abundance of water.  And yet the water consumed by 54 of the 55 communities in the direct area of influence (DAI) of the Lost Cities – Cutucu Project is contaminated with human and animal waste resulting in widespread intestinal infections, especially amongst the young and the old.

The communities are highly motivated to improve the quality of water and there is an exciting opportunity to have a major impact on the quality of life – on the health – of the residents of the DAI.  By working with the Step Forward Foundation and provincial authorities, Aurania is installing water purification systems with communities which will then have the responsibility to maintain the systems going forward.  Aurania is implementing short-term and longer-term strategies in parallel to ensure that we tackle this basic human right – access to clean, potable water – as a priority.  Longer-term initiatives include the introduction of latrines and waste management know-how. 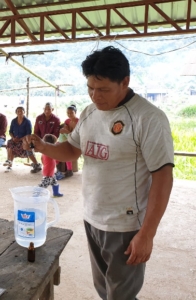 Figure 1. A community member applying his training in chlorinating water

Apart from working with the local communities to focus on improving water quality, Aurania is absolutely dedicated to ensuring that our water use is exemplary, that we minimize our water uptake, recycle more, and demonstrate that any water that goes back into the environment is clean.  Sewage and grey water management in the drill camps is key to disseminating knowledge of how easily waste can be managed under the right circumstances.  Furthermore, water quality tests from the camps and the drill sites provide a fundamental part of our transparent relationship-building with communities.

Aurania’s short-term approach has been to train community members in chlorination.  This is a ‘blunt instrument’ approach that, although not sustainable, is highly efficient in providing potable water at low cost and in a very short timeframe (1-2 hours).  Community members are also encouraged to boil water for at least 20 minutes – the time required to kill most bacteria.

A longer-term solution to the water problem focuses on two main and distinct components: access to clean water and subsequently, access to potable water. 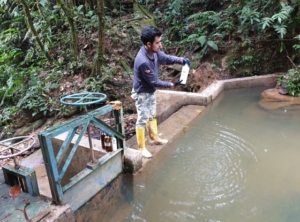 Figure 2. A water sample being taken from a water offtake dam from which water gravitates to a community

This involves identifying a water source that is upstream from any human settlement, from a drainage basin in which there is no livestock.  A small dam, typically constructed of concrete, provides the offtake point for water that gravitates through a high-density polyethylene pipe to a sand filter and subsequently to a reservoir from which the community collects its water in buckets for further treatment with chlorine and/or boiling to make the water potable.

In 2020, four clean water systems were installed in collaboration with the Step Forward Foundation and the communities providing labour for the construction of the systems.  Offtake points, piping and reservoirs were provided to some communities by the provincial government some 10 years ago, but lack of follow-up and not having a designated person within the communities for the upkeep of these systems, they all fell into a state of disrepair by 2020.

Two of these existing systems were cleaned and put back into operation by Aurania’s Water Management Group with the assistance of community members.  Community members were trained in the maintenance of these systems that is required to keep them operating efficiently, going forward.

Potable water requires the installation and maintenance of filtration systems through which water flows under gravity.  22 of the 55 communities are connected to the electricity grid, which increases the range of potential water purification systems that could be considered for installation, such as UV.  The circumstances of each of the 55 communities has been studied to identify the most suitable system for each. 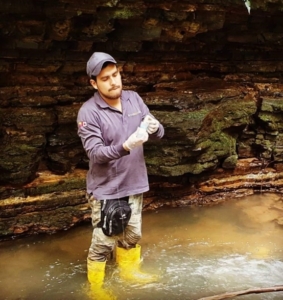 Figure 3. A water sample being taken in a stream to provide data for the application to use stream water for drilling

Most communities do not have latrines, resulting in raw sewage, along with waste from animals living near the communities, flowing into streams and rivers.  With labour provided by the communities and materials supplied by Aurania and the Step Forward Foundation, basic latrines were installed in six communities, while government-funded initiatives were underway in 14 communities.  This leaves 25 communities without access to basic latrines in the DAI, and this will be a focus of Aurania’s efforts in 2021.

One of the main components of reconnaissance exploration is stream sediment sampling which aims to detect minute quantities of metals derived from the weathering of mineral occurrences within drainage basin from which water flows into the stream.  The fine-grained silty material sieved from the sand within the active part of the streambed is collected and analysed in the laboratory.  No chemicals or contaminants are used in this sampling. 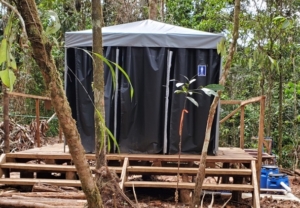 Figure 4. Latrine at a drill camp. Water from the latrines drains into a biodigester where the sewage is broken down organically

Drill camps are designed to accommodate typically 50 to 100 people and water is pumped from a stream to storage tanks from which it gravitates into the camp – directly to the bathrooms and through filters to the kitchen.

During 2020, 1,200 cubic metres of water were drawn from streams for use in drill camps.  Sewage and grey water from the showers, washing facilities and kitchen flowed into a 5,000 litre biodigester where the sewage decomposes, and the water gravitates into a French drain from which it filters back into the environment in a slow, controlled manner as discussed in the Environmental Section [Env 8/9].

Water is used to cool the drill bit and is mixed with biodegradable gel to lubricate the drill string as described in the Environmental section [Env 6].  Rainwater is captured in plastic sheets and gravitates to storage tanks, augmented by water drawn from local streams that have flow rates significantly larger than the offtake, which ensures that the natural flow of the stream is minimally affected by the drilling. 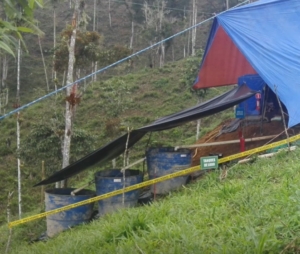 Figure 5. The blue tanks are settling tanks in which mud and rock powder from the drill hole settles and the clean water is recycled back down the drill hole

Water is withdrawn from a stream at a designated point for which permission has been granted by the Ministry of the Environment and Water and is pumped to holding tanks near the drill platform.  As water is circulated to the bottom of the hole to cool the drill bit, so the hotter water rises to the well-head and flows into settling tanks.  Once the rock powder generated by the cutting action of the drill bit has settled, the clarified water is recycled into the drill hole again.

Any excess water that is released back into the environment, and the water left after completion of the drill hole, has been through this settling step and the clean water is slowly bled off the tanks and released into the environment.  The mud that settles in the tanks is removed into a geomembrane-lined tank excavated near the drill site and is covered to protect it from rainwater and the moisture from the mud gradually evaporates, allowing for the mud to be revegetated.  The mud undergoes geochemical sampling to ensure that it contains no contaminants – and these assay results are reported to the community and to the Ministry of Environment and Water in Ecuador.

In 2020, Aurania’s drilling used 13,150 cubic metres of water pumped from designated points on adjacent streams. 57% was recycled and 43% was released back into the environment.