Aurania featured in The National Investor

The following is an excerpt from an article written by Chris Temple published Jan. 28. 2019 in the ‘Sector and Company Updates’ section of The National Investor. 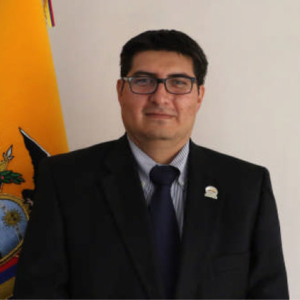 When I spoke with Aurania Resources’ President Dr. Richard Spencer shortly after New Year’s, he was rather amazed still that–in the week between Christmas and New Years–he was able to work with the new Environmental Minister for Ecuador, Marcelo Mata (right), to further his own company’s permit applications. That is very much out of character for Ecuadorians, as that is a country–unlike the United States–which still enjoys considerable down time of weeks’ duration during the Christmas Season when, normally, little gets done.

Yet Spencer is not the first to pass on anecdotes about Mr. Mata, who has been one of the most important additions to the government of recent times. Most important about Mata, in Spencer’s observations, is that he is dedicated to streamlining a process that had become bogged down in paper work and procedure for their own sakes. Mata is also looking to get a staff engaged in actual field visits to company sites; initially, those numerous companies who have had applications for “scout drilling” pending.

As you know, Aurania has tied up a considerable package of claims on the east side of the Andes Mountains, where Fruta del Norte and other major discoveries have already been made. Spencer is hopeful that in the very near future their own permits will be forthcoming that will enable drilling to begin at Crunchy Hill, a top priority. For those of you who missed it, Aurania hosted a webinar early last month wrapping up all the company’s near-term objectives, including why Crunchy Hill is a prime drilling target that should hopefully see a rig there within not many more weeks.

For a replay of that webinar, go to http://services.choruscall.ca/links/aurania20181203.html

Take the time as well on the company’s own web site at http://www.aurania.com/ to learn or brush up on the staggering upside still of this uber-rich geological area that Aurania has THE biggest corporate foot print in. Already, several other top prospects have had some preliminary work done; these will likely also lead to several drilling targets.

As I am finishing this issue, the company has just announced a rights offering; at http://www.aurania.com/aurania-resources-announces-6-35-million-rights-offering/. I had anticipated this opportunity for current shareholders to “top up” their holdings in advance of a possible move down the road on the part of Aurania to attract one or more joint venture partners on individual prospects among the company’s holdings. Keep in mind that Aurania has little intention to act as anything but a prospect generator in its focus area of Ecuador.

Chris Temple, Editor and Publisher of The National Investor, was pounding the table on opportunities in Ecuador before any of his peers; among other things, getting his Members in on the ground floor of the world-class Cascabel deposit.

He has since been recommending several opportunities in the country – including, most recently, Aurania. He has long had his finger on the pulse of the country’s emerging mining sector, having visited Ecuador several times and come to know key players in both government and the private sector.

For more information, Chris invites you to e-mail him at chris@nationalinvestor.com